The Old Jewish cemetery of Mazarita is located in the center of the city of Alexandria, close to the Shallalat Gardens and the remains of the Arabic walls of the city.In antiquity, this area belonged to the Royal Quarter,as indicated to all the maps of ancient Alexandria. 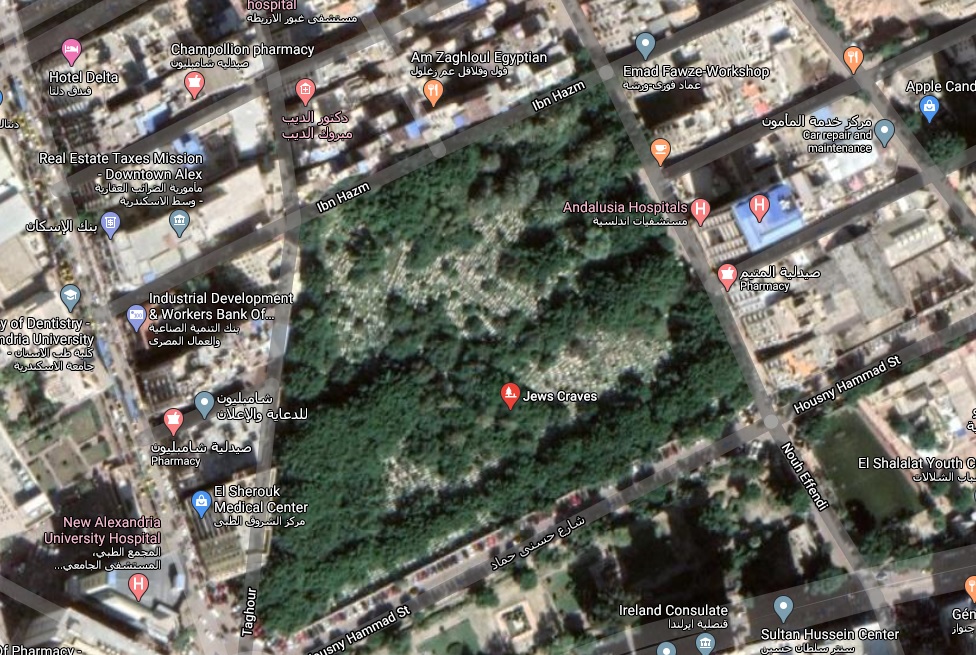 In March 2007, the Institute obtained permission from the Egyptian Archaeological Council for archaeological research and excavation at the Shallalat Gardens in Alexandria.
The reason why this area was chosen for research was its position in the topography of Ptolemaic Alexandria and, on the other hand, the accessibility which was presented because of its status as the city’s park and therefore its lack of construction.
This area was in ancient times, part of the Royal Square, according to the ancient sources and especially Strabo. It expands from the Ptolemaic Palace to the beach and the Canopian Street, which was the main Avenue of Alexandria and that divided horizontally the City in two parts.