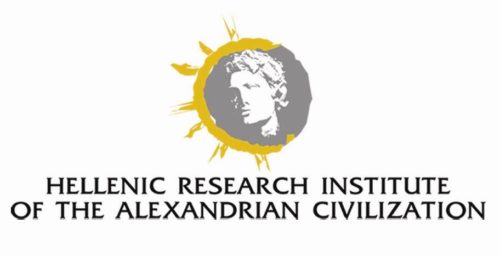 THE OLD JEWISH CEMETERY OF ALEXANDRIA

The Old Jewish cemetery of Mazarita is located in the center of the city of Alexandria, close to the Shallalat Gardens and the remains of the Arabic walls of the city.(fig.1-2)

In antiquity, this area belonged to the Royal Quarter,as indicated to all the maps of ancient Alexandria.

“And the city has very fine public sanctuaries and “The Palaces”, which form a quarter or even a third of the entire enclosure. For each of the Kings added some adornment to the public dedications and also added privately further residential blocks to those already existing. Within “The Palaces” lies the Mouseion, which has a covered walk(peripatos) and an exedra and a block in which are the refectory and mess of the scholars who belong to the Mouseion. The monument known as the Sema is also part of “The Palaces”. This was an enclosure containing the tombs of the Kings and of Alexander.”

Additionally, according to the information we have from other ancient sources (Ammianus Marcellinus xxii 16,15)during the reign of Aurelian (AD 273), this area, which had formed the core of the Ptolemaic Alexandria, had been abandoned.

Added to this, this area is very close to the intersection of the two main broad streets of ancient Alexandria, according to the description of the city by Strabo(XVII, 1.8) and Achilles Tatius (V,1-4) in his novel “The adventures of Leukippe and Clitophon”.

Many centuries later, the Jewish cemetery was established there!(fig.3)

Referring to this cemetery, Botti(1898)in his book “Plan de la ville d’ Alexandrie à l’époque Ptolemaique” mentions that the Sultans gave this region to the Jews for being a cemetery. The name “Sultan” was used before Mohamed Ali and that means that this cemetery was there earlier than the 18th century. Also, Botti(p.137) mentions that the Jews of Middle-ages, used to take the blocks of the ancient theater’s foundation, in order to make funeral monuments. The official archives of the Jewish Community of Alexandria records the first burial in 1836 while the last one took place in 1954;but from the previous information, it seems obviously that the area was used as a Jewish cemetery much earlier.

Around this site, a few attempts for excavations were undertaken with significant results, as follows:(ph.4)

1- Those undertaken on the occasion of the construction of the

the east of the Union Club site, underneath the hospital,

where he uncovered parallel stretches of Ptolemaic

3- The limestone foundations discovered in 1902, during work on

the Corniche, north of the site of Ibrahim el Awal mosque

(Map 21). These were remains of early date and possibly

belonged to the same complex of costructions, mentioned above

4- In 1952, Adriani carried out excavations on the site of the

Cinema Radio, west of the Union Club, which brought to light

side of the Hospital Hill, close to the Rue Champolion and

(Map 22). Debris of Roman date and a system of late Roman

tunnels were uncovered and a little late Ptolemaic pottery at

6- Excavations of the department of Archeology, 1973(Fac.of Arts

Alex Univ.Opuscula Romana vol IX23) were carried out by

Dr.Sami Shenouda on the Cricket Playground with very important

finds of Ptolemaic and Roman structures.

We must point out the fact of the undisturbance of this area for centuries due to the religious and sensitive character of the Jewish cemetery.

In this important and undisturbed site of Alexandria, for the first time, Surface archaeological survey was carried out by the Hellenic Research Institute of the Alexandrian Civilization as well as Geophysical prospection work, with the collaboration of the Laboratory of Geophysical Satellite Remote Sensing and Archaeo-environment of Foundation of Research and Technology Hellas(Crete),(Director Dr.Apostolos Sarris)

The survey took place during the period of June 8-15,2000. The goal of the survey was to locate areas of potential archaeological interest and map the corresponding candidate subsurface targets of the site. The purpose of the geophysical survey was to explore the presence or absence of any subsurface targets and provide support for the future plans of the archaeological exploration of the area.

1- The biggest and most impressive ancient element in the

cemetery is a column of red granite, complete, 3m height,

diameter of the base 0,56m. Possibly this column was found in

the area, and was reused as a burial monument of a modern

Jewish tomb. It is important to notice the small height of

this column, that reduces the possibility that it belonged

to a portico or to a street colonnade.(fig.5)

2- In the Jewish cemetery, among the modern tombs there is a

part of another small granite Column in a vertical position,

part of which was buried in the ground, and when uncovered, it

3- A third column is still buried in the ground, also made by

granite. Due to modern burials, this was not excavated, and

maybe it stands straight and complete. For the time being,

4- Another element which was found, is a column base of granite

of Assuan. The type of the pedestal is like a plinth and the

5- A column drum made by limestone, white. One side is flat, so

maybe it is the bottom drum of the base. In the other side,

surface is in a bad condition, so we cannot see any

nervations. Because of the material used, it could belong to

6- Another element which was found, semi-buried, among the

modern tombs, is a capital, made by white marble, half broken

but still impressive. Base diam. of 0,40m and top diam. of

We find similars in the stoa of Attalos in Athens, possibly 2nd cent.BC.

These surface elements, found very easily among the modern tombs of the Jewish cemeteryof Mazarita, are another evidence that this area is of a great archaeological importance.

Taking into account the archaeological evidence, along with the limitations imposed by the location and the surface characteristics(dense distribution of brick or cement tombs, metal pipes garbage concentrations, etc)of the Old Jewish Cemetery, it was decided to employ soil resistivity techniques for mapping features located within a depth of 10m below the current surface. In order to maximize the potential exploration capabilities of the resistivity methods, it was decided to carry out

a)resistivity profiling survey with the ultimate goal to map the

resistivity of the area

b)restistivity soundings to acquire data related to the

different geological layers of the site and

regarding the stratigraphy of the site along specific

traverses and as a supplement for the interpretation and

validation of the resistivity mapping techniques.

An area of about 25.000m2 was investigated using the above techniques.

Photo 11 shows the topographic layout of the cemetery and the resistivity profiles that were explored.

The geophysical survey at the Old Jewish Cemetery of Alexandria, Egypt, produced a number of interesting results. Soil resistivity survey proved to be efficient in locating some possible candidate targets of archaeological interest.

The most interesting and promising geophysical characteristics appear to be located in the center of the cemetery and along the eastern section of it. The central anomaly exhibits high resistivity values within the region. (coordinates: x=880-916E and y=1024-1076N). The dimensions of the anomaly are estimated to be about 20m(in the E-W direction) by 50m (in the S-N direction),equal to 1000m2. The anomaly was confirmed by resistivity tomography data and according to them it is located at a depth of ~3-10m below the current surface. The anomaly is also correlated to a region of a slight terrain depression.(ph.12)

A couple more regions of high resistivity values have been identified in the western section of the cemetery(traverse T16). These regions(y=1063-1087N and y=1043-1058N)are characterized by large resistivity values. The first anomalous region has been also confirmed by the signal obtained from other traverses (T13 & T14), together with the tomography data (TOM1).(ph.13)(ph.14)

The geophysical investigations of the Jewish cemetery of Mazarita, support the surface evidence that this area is of a great archaeological importance. The geophysical anomalies are shown to be of large dimensions and they are probably correlated to large subsurface targets. A further investigation-excavation will confirm the results of the geophysical survey and will surely enrich our study for the topography of the ancient Alexandria, and the importance of this sensitive site. It is suggested that before the initiation of any future excavation or exploration of the candidate targets, controlled soil sampling through small diameter coring should be employed at selected areas on the resistivity anomalies, in order to provide additional information regarding the nature of the subsurface targets. Coring samples could be also used in the future for supporting the technical work required for the excavation of the site.

I hope that, in the near future, the bureaucratic procedures will permit the continuation of the archaeological research and excavation.

I wish that this Congress will support this case and help the efforts for the discovery of a possible very important archaeological target.